San Diego Mesa College partnered with Food2Soil to create a compost hub by the TerraMesa garden. This pilot project lasted through December 2018. Thanks to Patton and the cafeteria crew for supporting this project, for Tony and the Facilities crew, and to Food2Soil's Michael for making it happen! During the pilot program, more than 7 tons of food scraps were diverted from the landfill. This equates to a reduction of 5.4 metric tons of carbon dioxide emissions. This has the same carbon sequestration effect as 6.4 acres of U.S. forests. The composting partnership is continuing through June 2019.

We're also working on a prototype for a vermicomposting (worm composting) bin: The Worm Wizard. You can check out more information here. 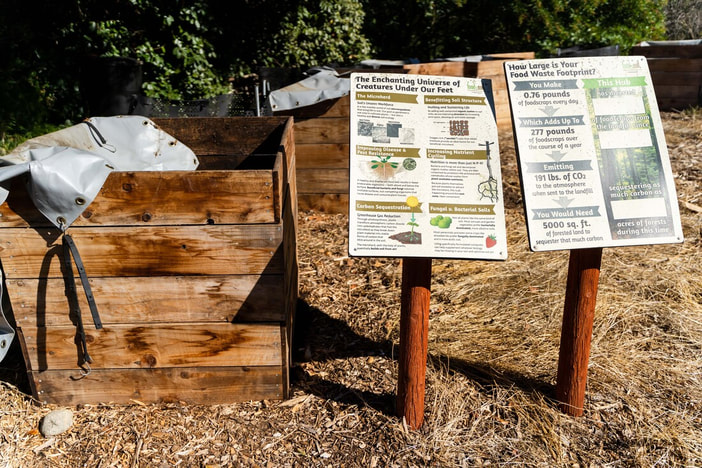